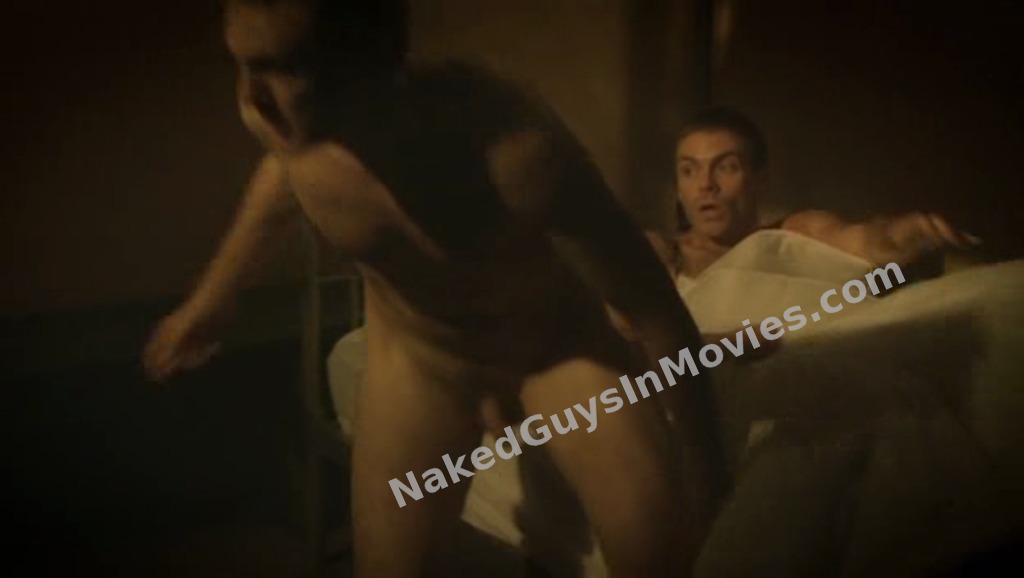 Garry Summers is seen naked at the very beginning of the movie. He is in bed with Daniel Brocklebank. We first see Garry Summers' uncut penis as he rushes out of the bed and then his butt as he dresses up. A few minutes later, we see Daniel Brocklebank's long uncut penis and butt as he is taking a shower. In the next 10 minutes there are several scenes of Garry Summers and Daniel Brocklebank naked and making love. 30 minutes in the movie, there is a group shower scene where Wayne Virgo is seen showering. His uncut dick is semi erect. Follows a fight with a bunch of naked guys, all of them uncut. On the them, Oliver Park, is very pretty with a big uncut dick. The scene is however very violent. 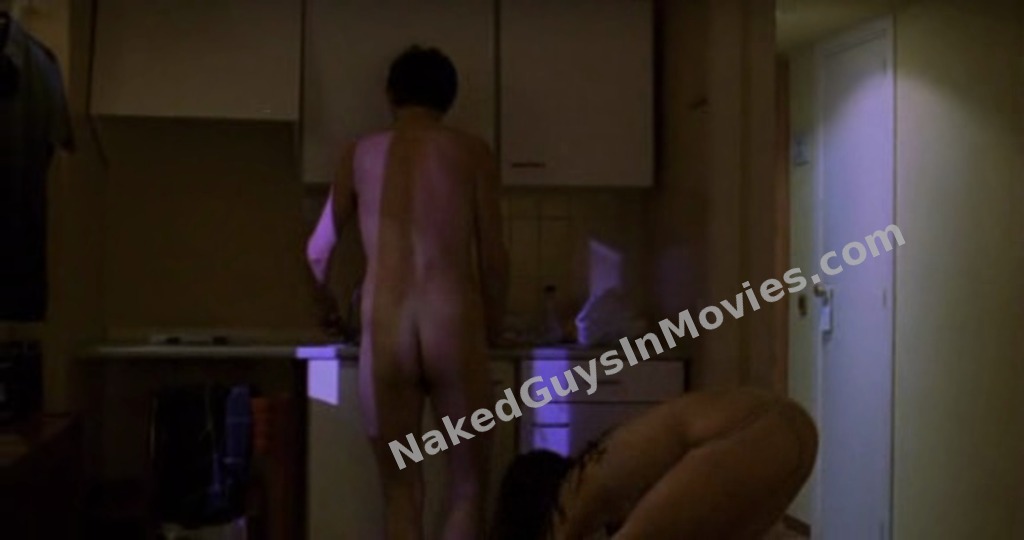 This movie is mostly about women. However 1 hour in the movie, a woman is dancing with Raife Patrick Burchell when she decides to pull his underwear down. We see his butt first, and then as he continues to dance, we briefly see his nice uncut penis. 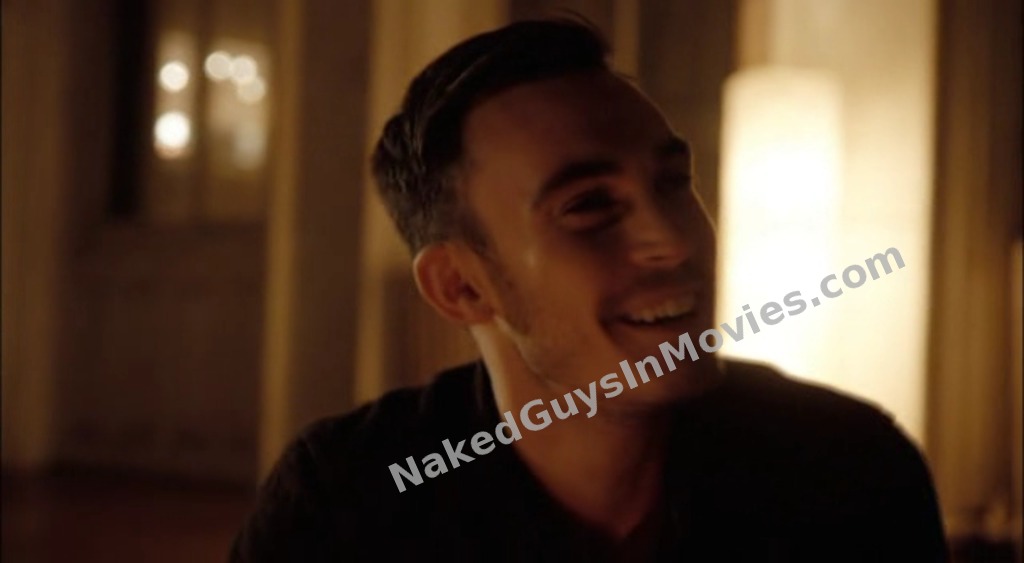 56 minutes in the movie, we see Reed Luplau's firm bubble butt.
One minute later, Ryan Steele is naked too.
We see both their butts for a couple of minutes as they are making love on the floor. We see Reed Luplau's bush but no full frontal nudity.

13 minutes in the movie, Brady Corbet is not wearing any underwear or pants. We see his butt and his balls in between his thighs, when he stands up from the couch. Then he masturbates but we don't see his penis.
30 minutes in the movie, Brady Corbet is making love to a girl. We don't directly see his penis or butt at first. We can however distinguish his dick and balls in between the girl's legs.
At the end of that scene, we see Brady Corbet's butt as he is resting on his stomach. 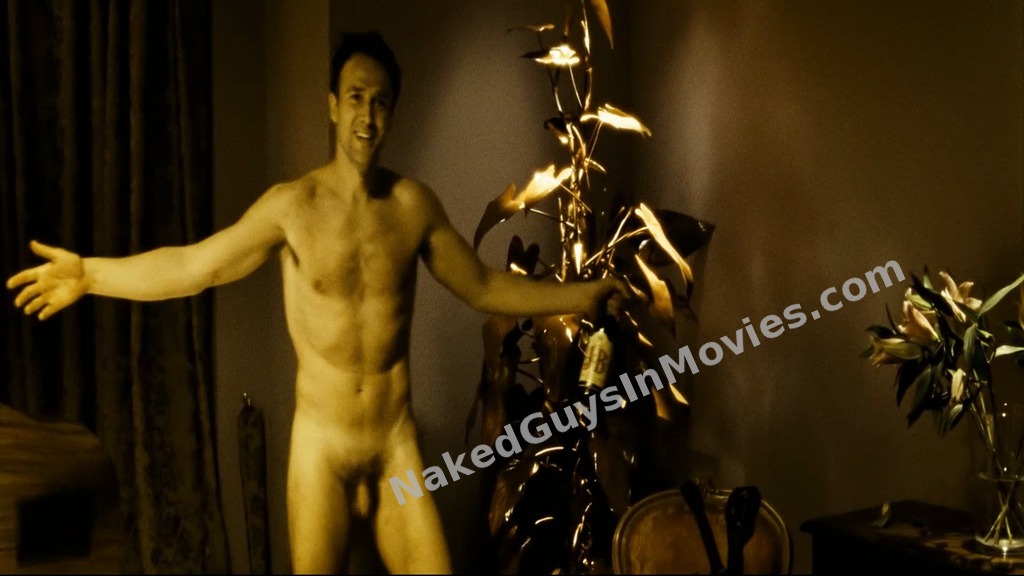 Carlos Leal is naked in a scene and is trying to convince another man to stay over with him for drinks and drugs. The other man is not convinced, as much as we would be, as Carlos Leal remains naked during the whole time, bouncing his dick around. Carlos Leal has an uncut penis with a tight foreskin. 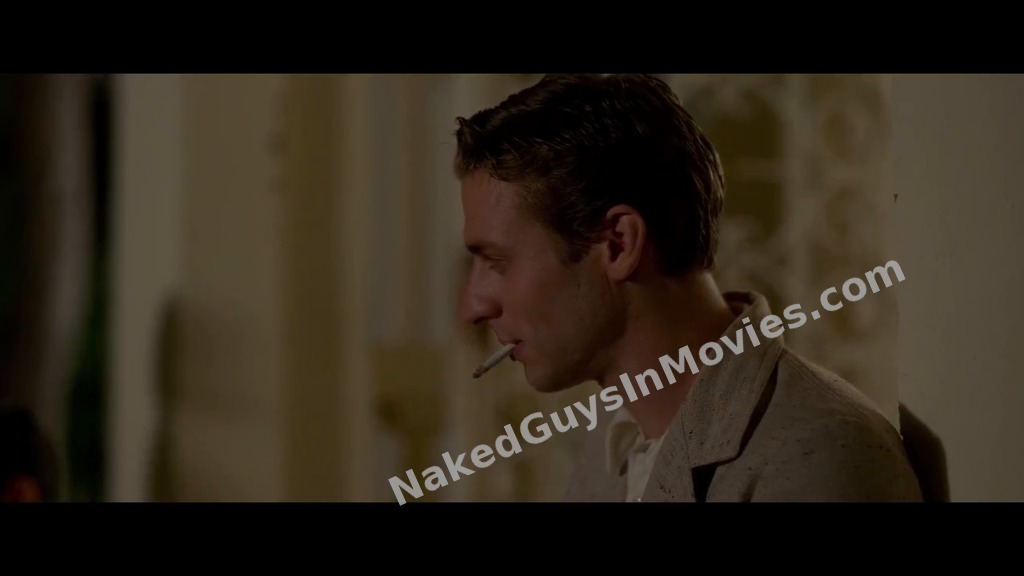 65 minutes in the movie, Damien Chapelle is naked in bed. But we only see him partially. We see his pubes.

66 minutes in the movie, Damien Chapelle is standing naked. The room is rather dark but brighter at moment and we can see his uncut dick. 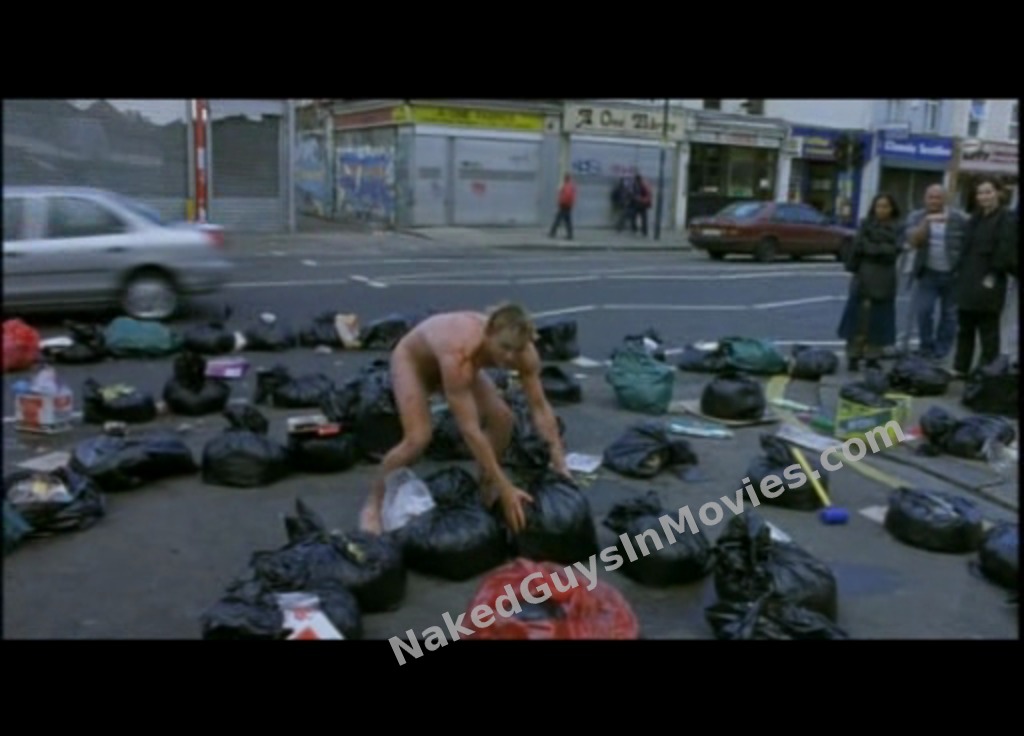 70 minutes in the movie, Daniel Craig gets naked in the street and shows his body all around for many long seconds. Enough to get a complete view at his tone body, medium-sized uncut dick and muscular ass.

We get to see this group of young guys at the swimming pool. A lot of nudity in the showers but none that we can really distinguish, except for Toby Hemingway. We can see his butt as he walks down the locker room. It's interesting to see that Chace Crawford is also in the movie, but no nudity from him below the waist. Just a great hairless body and an angel's face. 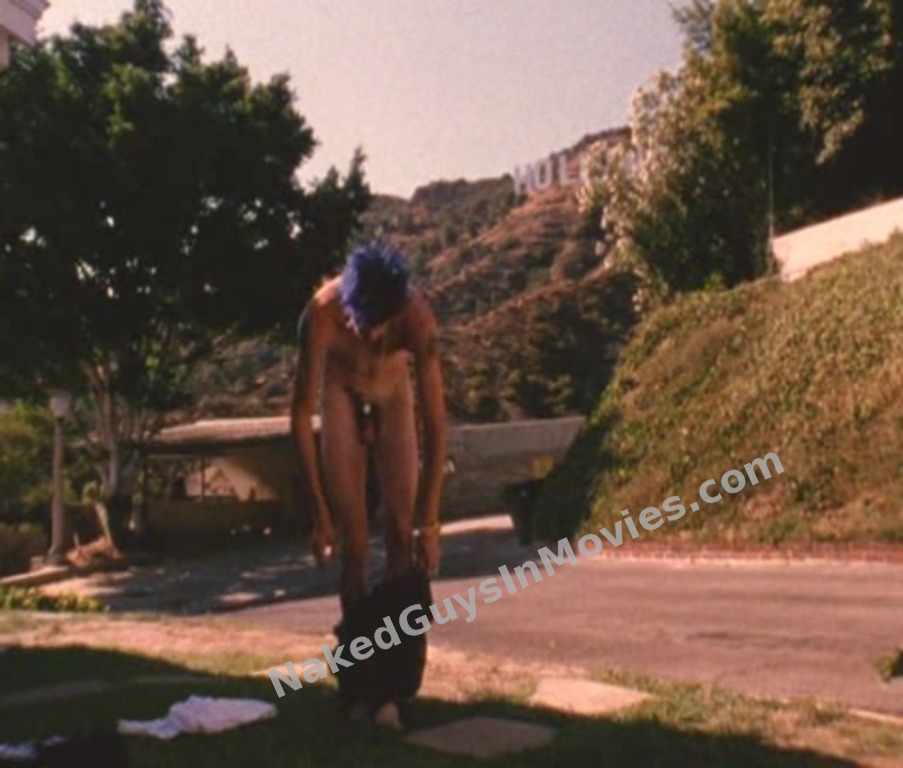 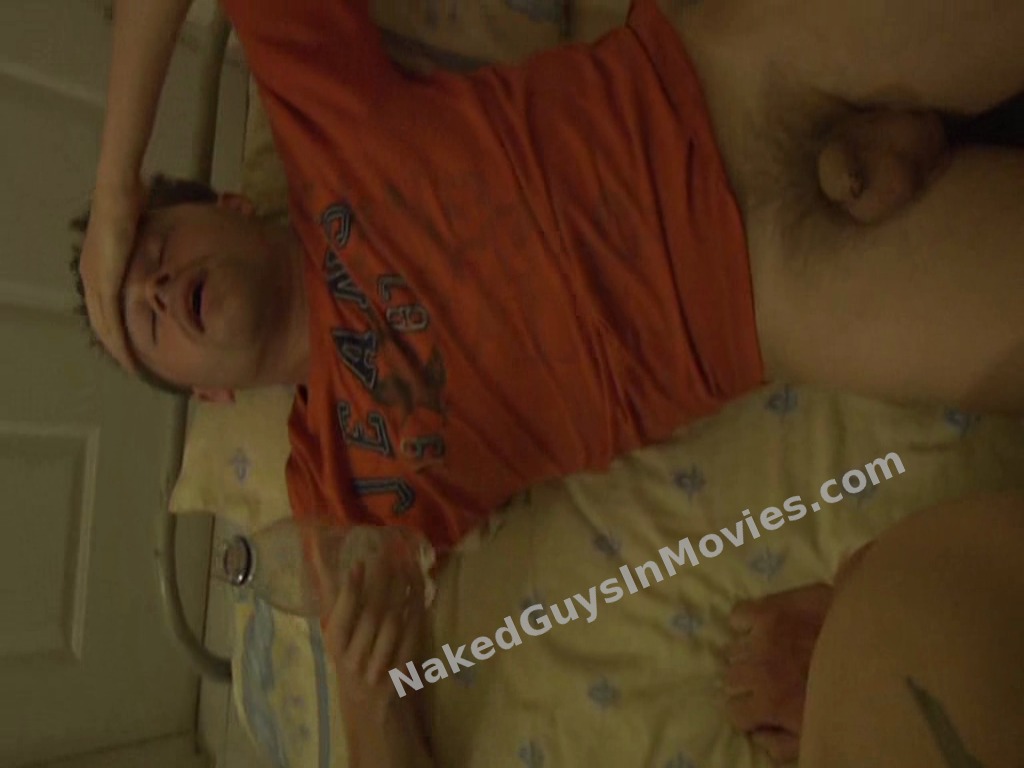 In a first scene, Matthew Leitch is making love to woman. We first see his nice butt. Then when he is done, we get a good view at his semi erect dick. The quality of that scene is mediocre as it is coming from a videotape. When he gets naked in the kitchen, we then get a very clear view at his butt. We see the tip of his dick when he sits down in the kitchen. As someone knocks at his door and he walks to go open the door, we get a good view at his nice long uncut dick. Matthew Leitch explains he is pround to be a nudist, and we cannot complain about that. He walks again naked in the kitchen and we get more views at his uncut dick and nice long foreskin. In a next scene, Matthew Leitch undresses to get a shower. We see his butt. After his shower, we find him naked with his dick semi hard. Still not completely hard as the foreskin is still covering his penis head. He then films himself naked on the bed. We see his softer dick and his big balls. For the next few minutes he jerks himself off. We see his dick growing as he does, until he cums. In another scene, a male friend massages Matthew's butt and ends up giving him a blow job!

Toby Hemingway in The Covenant (2006)